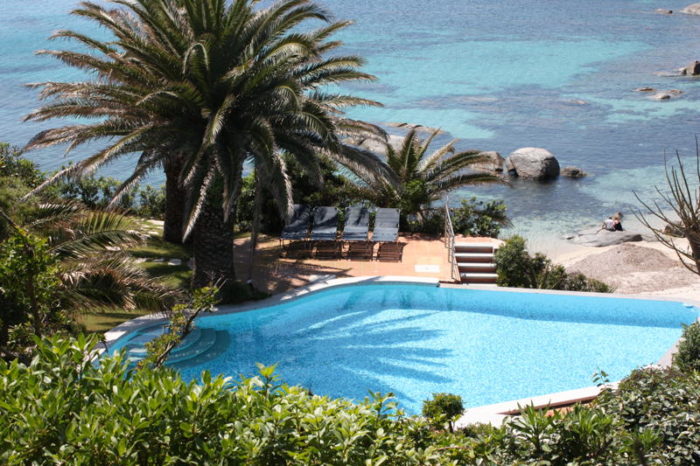 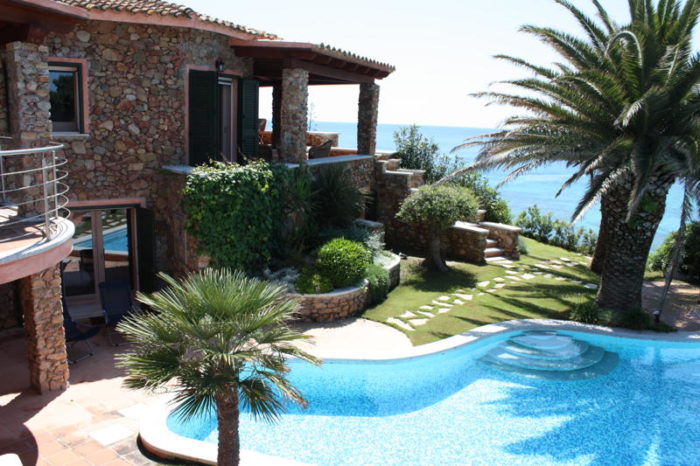 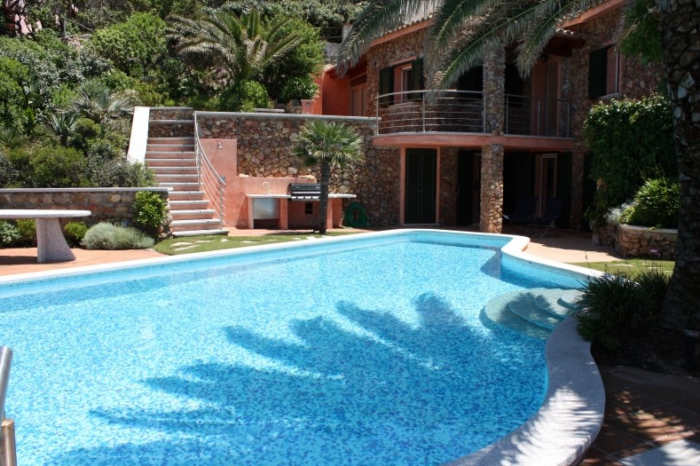 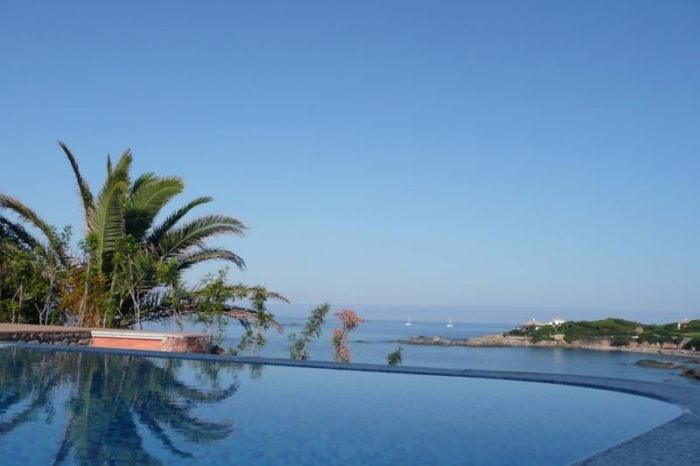 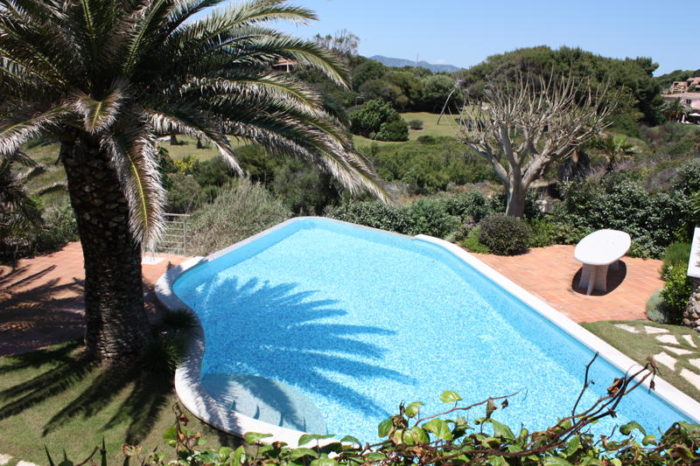 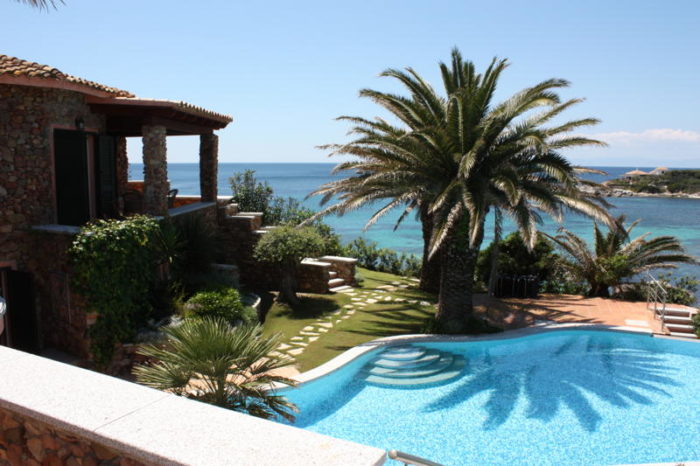 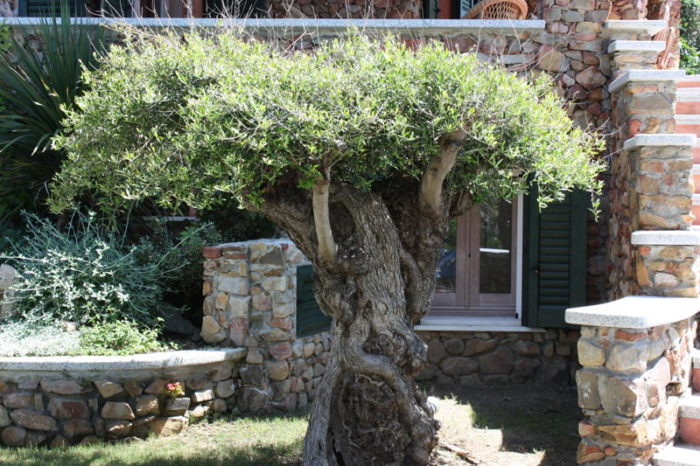 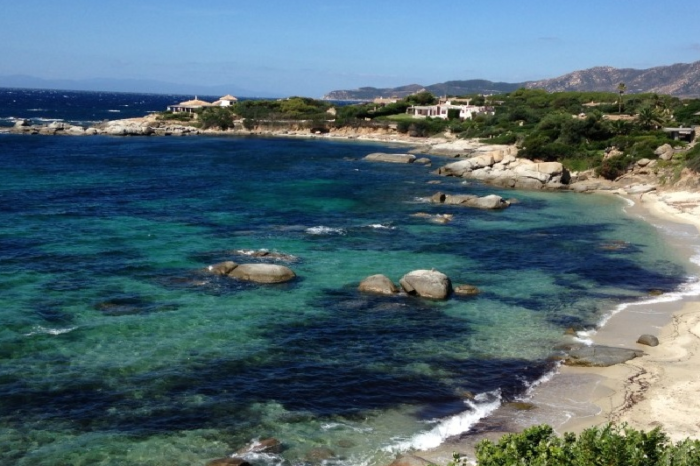 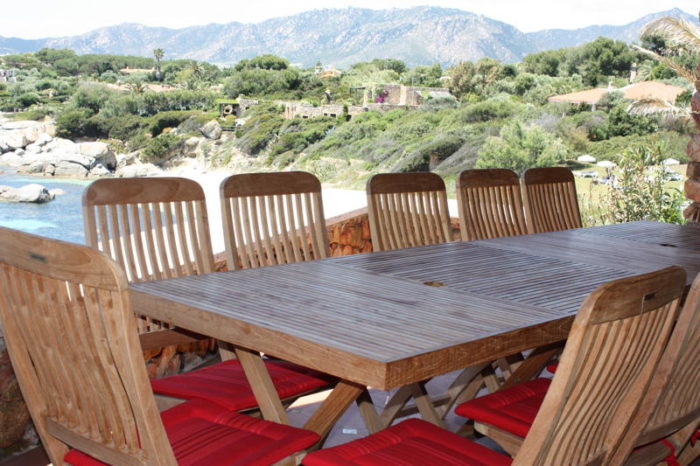 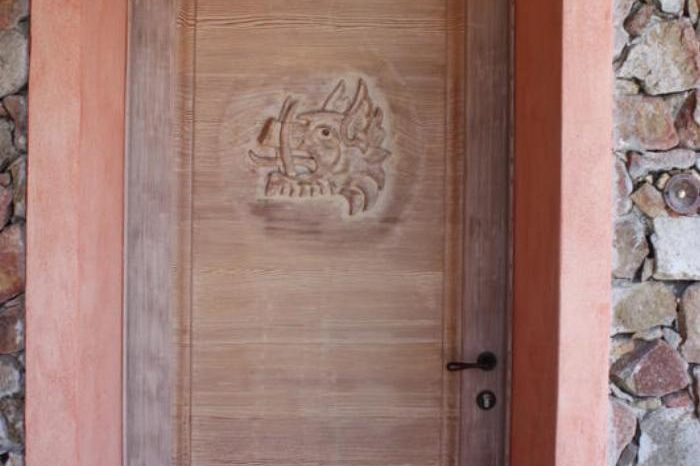 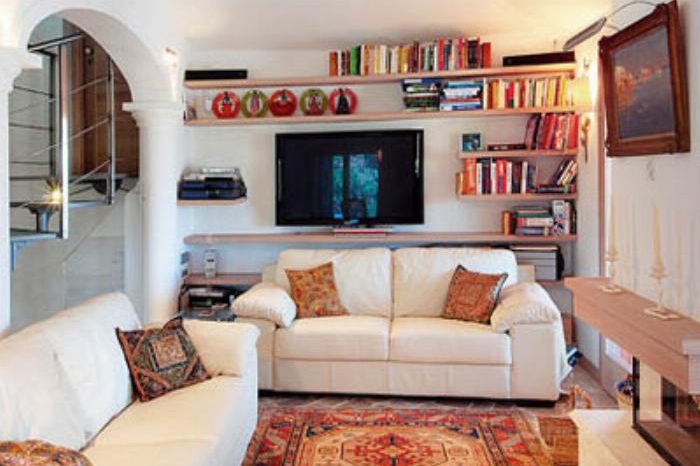 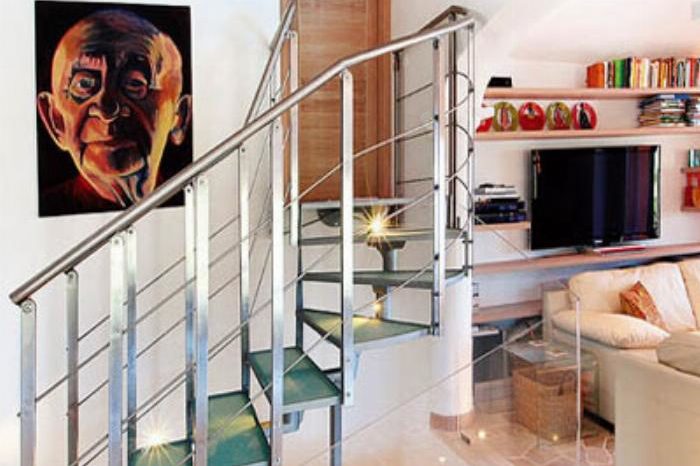 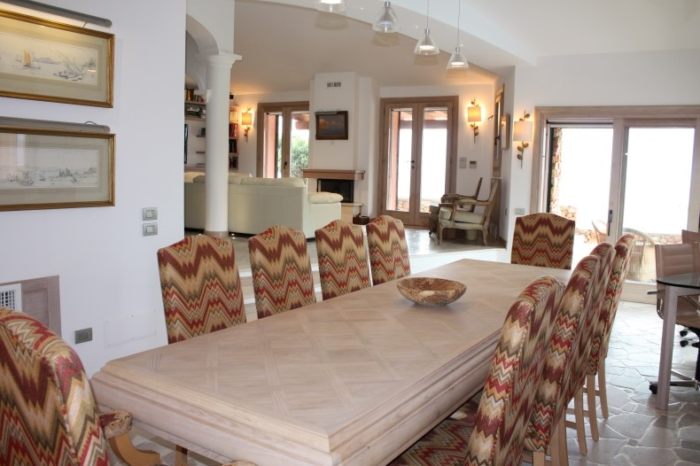 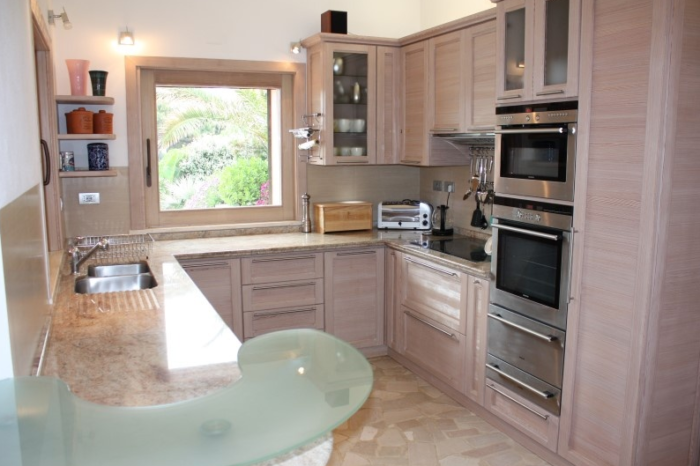 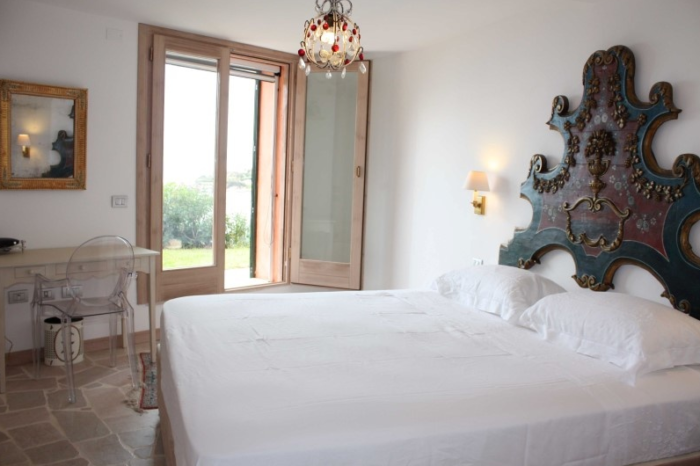 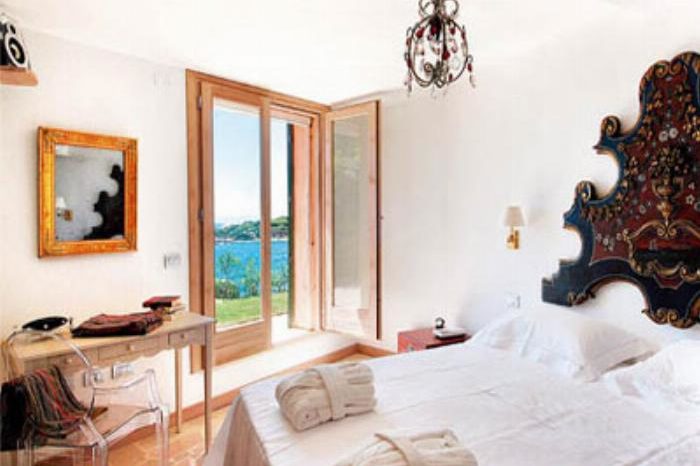 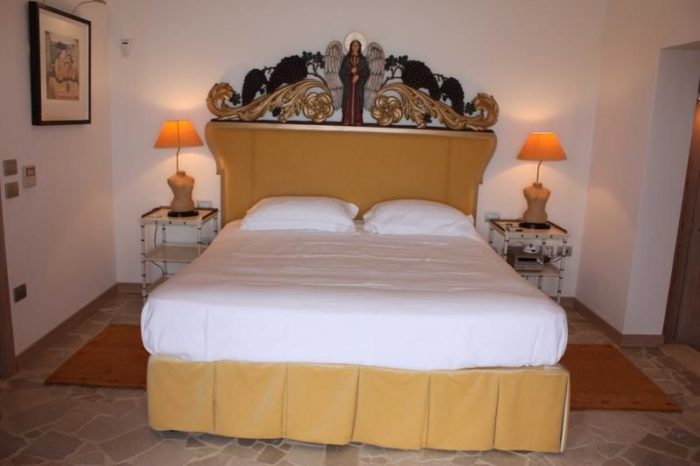 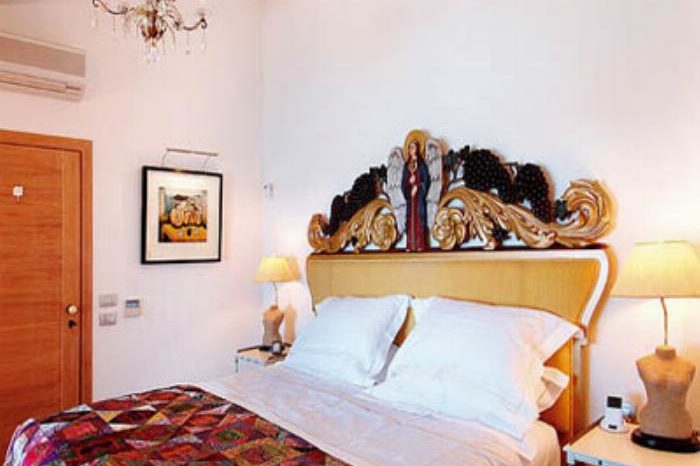 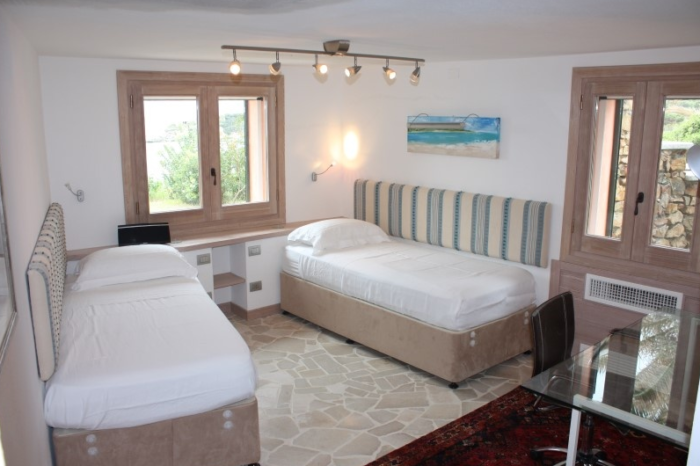 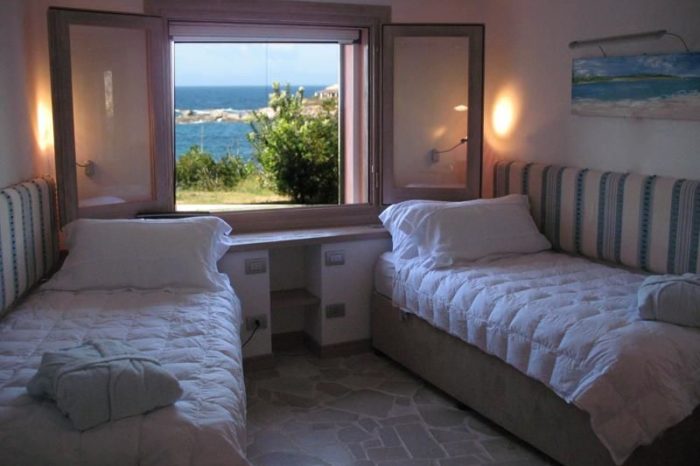 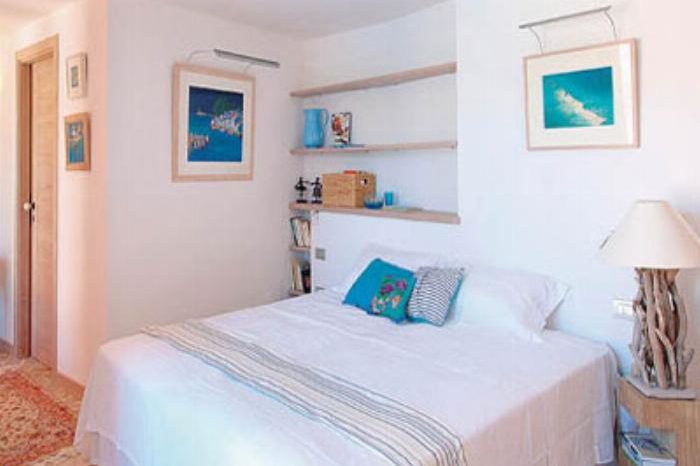 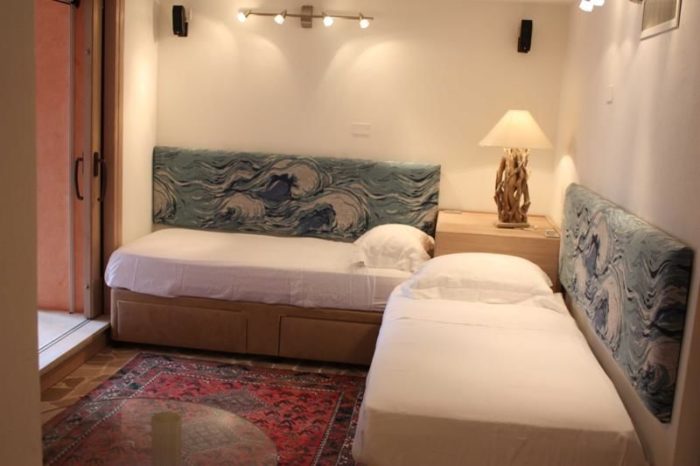 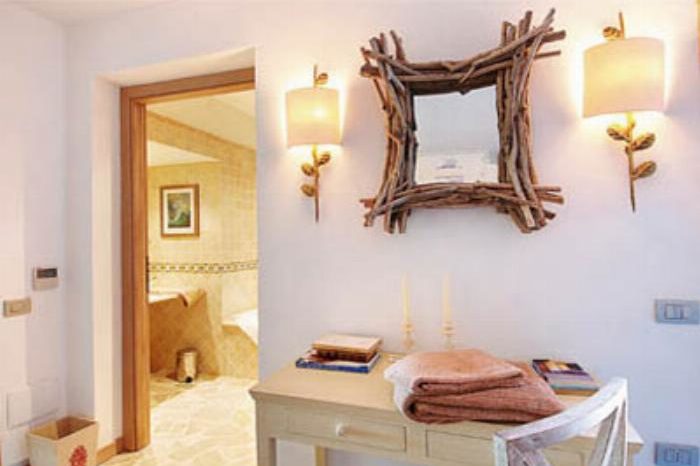 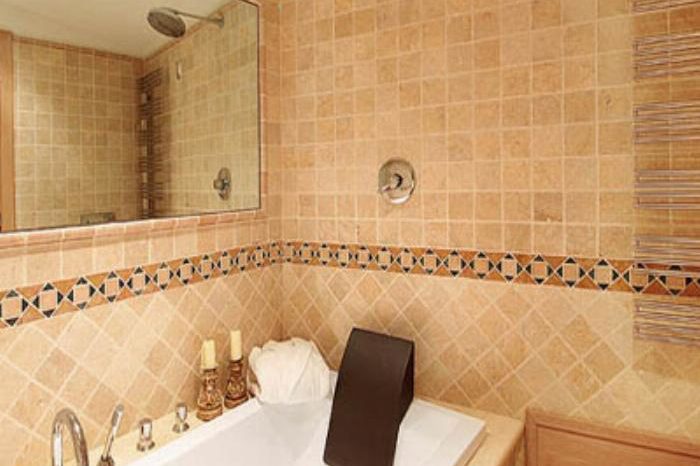 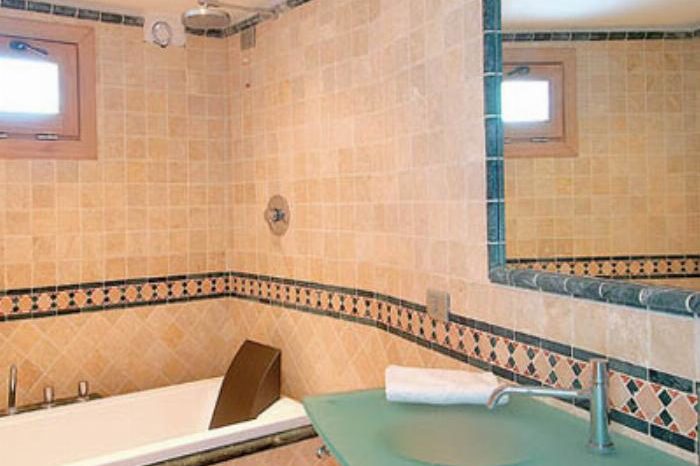 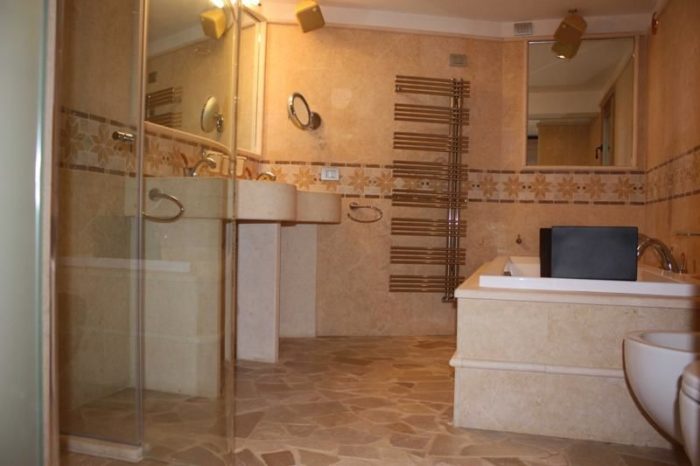 This is an outstanding villa right on the beach in a quiet and exclusive bay in the south-east tip of Sardinia, near the tourist harbour of the small town of Villasimius. Surrounded by the clear turquoise waters of a marine nature reserve, the villa's south-western orientation means that it has views of some of the most beautiful sunsets in Italy and also remains warm and sunny well into November. The villa has been completely renovated during 2008, using natural materials and is fitted out to a high standard with air conditioning in all the rooms. This Sardinian villa is composed of six en suite bedrooms including a self-contained studio. The villa is built on three levels: the middle level is a large open space with a dining area, kitchen and lounge. This large and luminous living area has various French windows giving access to the portico and the garden from different sides. The portico has a table which seats 14 for dining looking out to sea and wicker armchairs, which are perfect for sitting with a glass of wine to watch the sunset. The lovely small garden, which slopes down to the beach, boasts a large swimming pool, terraces, a barbecue area and a pool shower. The crystal clear waters and wonderful white sand which starts where the garden ends is a public but rather exclusive beach. In general it is used by the owners of the villas nearby and is never crowded even in the height of summer, a narrow lane, which connects the various villas on the promontory, also leads down to the beach. All kinds of boats and aquatic equipment can be hired at the nearby marina, where restaurants, golf, equestrian centre, water sports, scuba diving, can also be found. It is possible to walk to the marina from the villa. The car park is outside of the villa grounds and there are approximately 70 steps from the car park to the villa. Villasimius is a tourist town, situated in the south-east coast of Sardinia, where there are some of the most beautiful beaches in the Mediterranean. The area where Villasimius is situated is considered one of the most famous and valued places of Sardinia, thanks to an enviable natural position, characterised by long white sandy beaches and delightful hidden creeks, cliffs, gulfs, inlets and unpolluted isles. The natural environment is the most important aspect of a holiday here. In fact, many natural attractions can be found, such as an area which has been protected by the institution “Area Marina Protetta” (Protected Sea Area) for a few years

Rates for next year are based on the former ones, subject to adjustment. Please contact us to get price confirmation.
Start of rental : Saturday.
Note :

To be paid extra

Damage deposit : 2000 €, by credit card along with down payment, not cashable.

A house chosen and carefully inspected, your ideal vacation created entirely to measure, an excellent service guaranteed by our team. 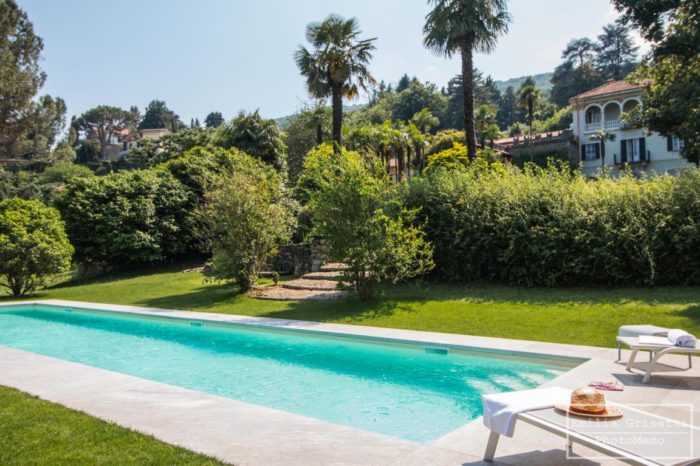 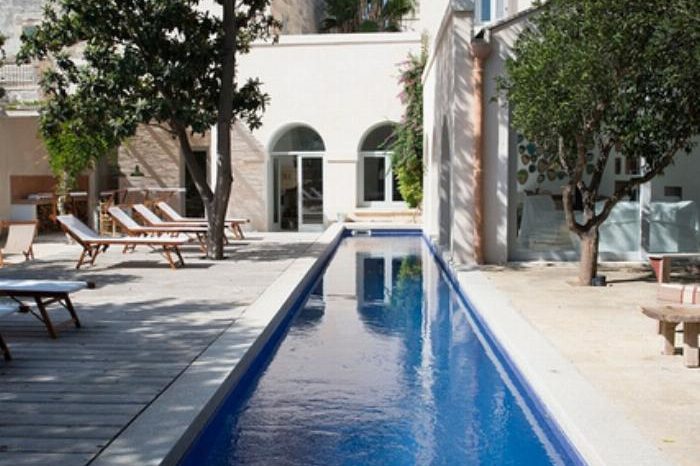 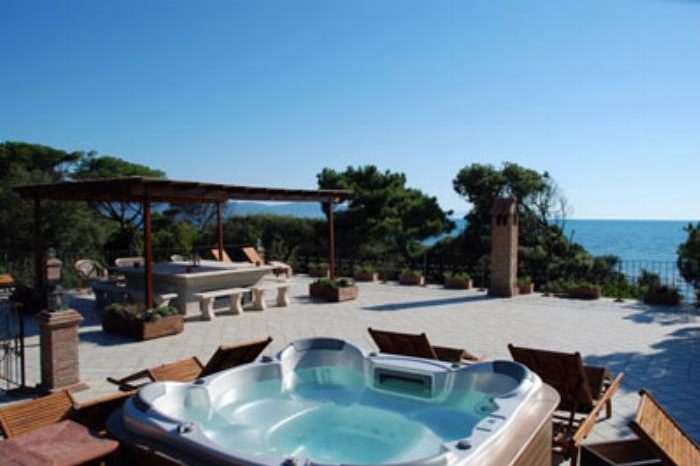