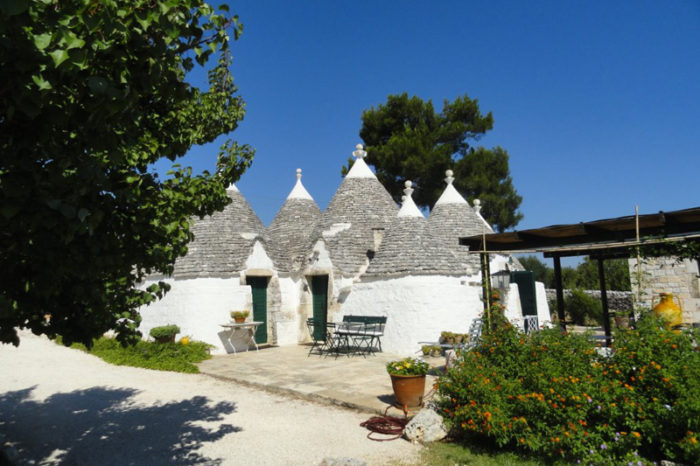 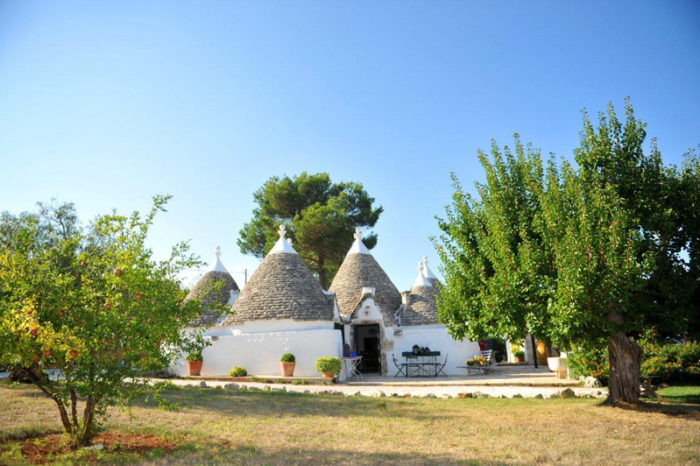 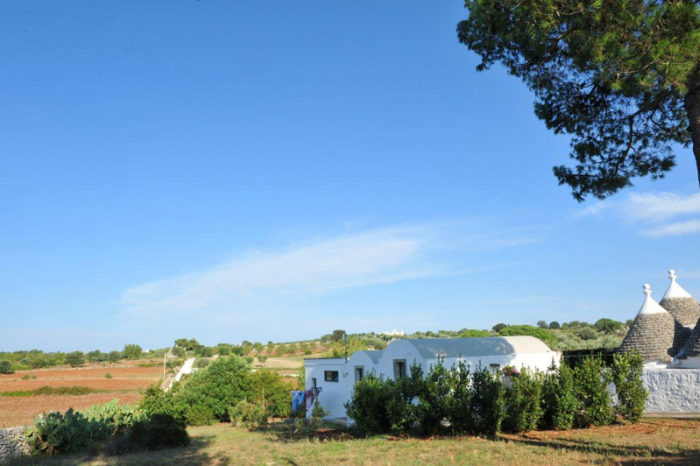 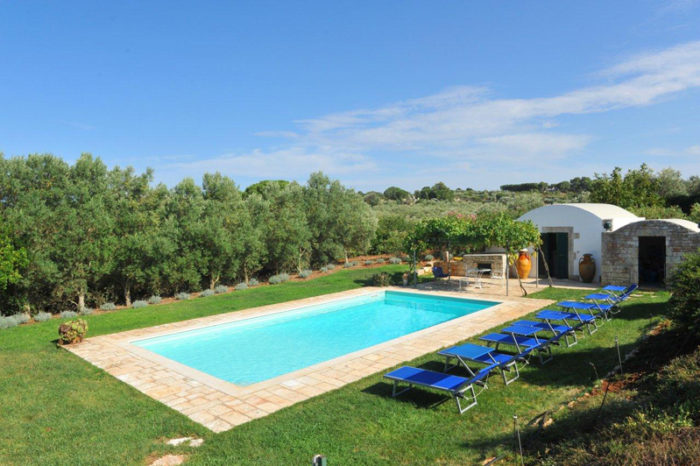 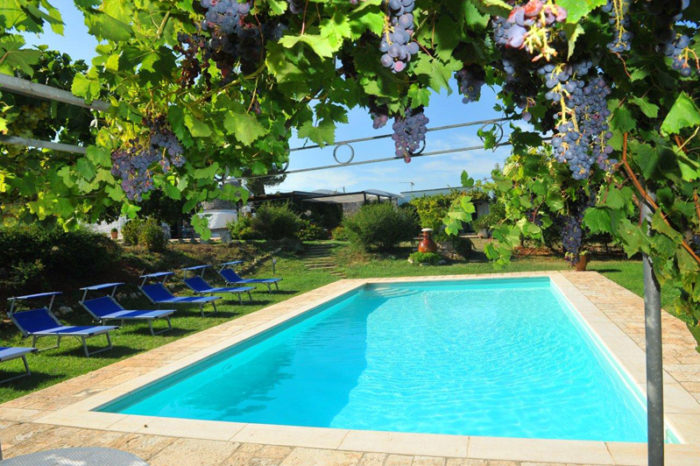 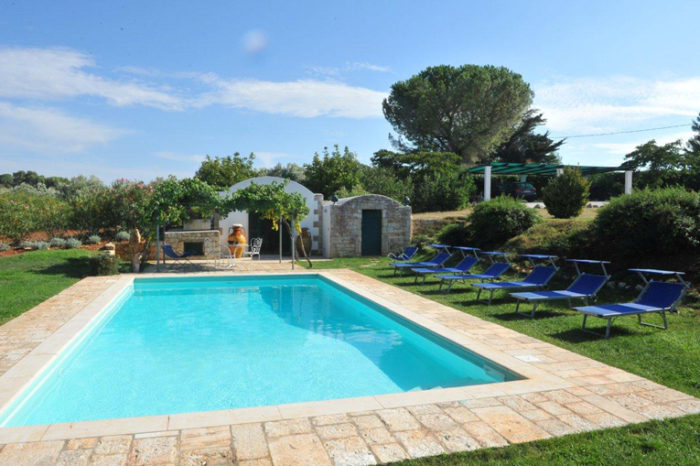 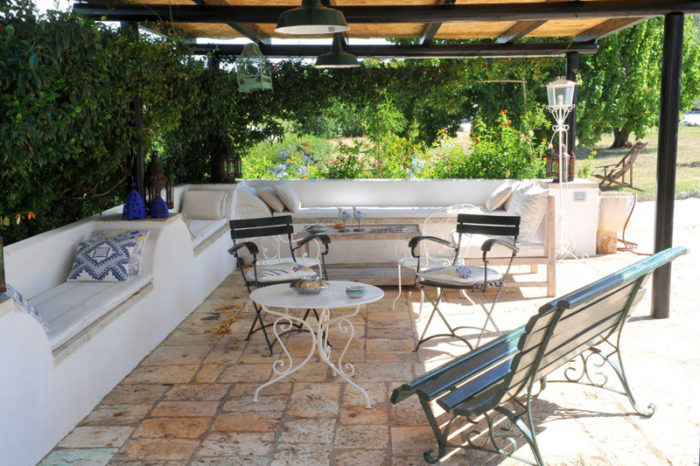 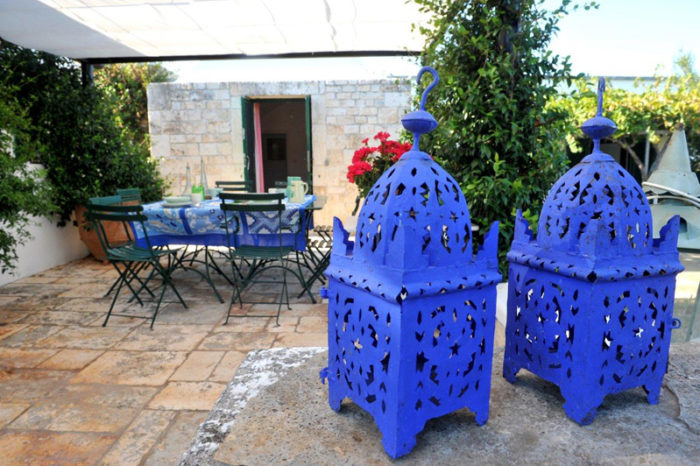 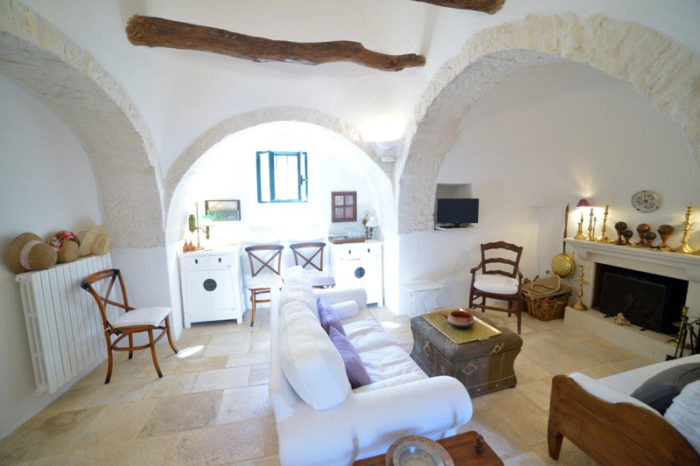 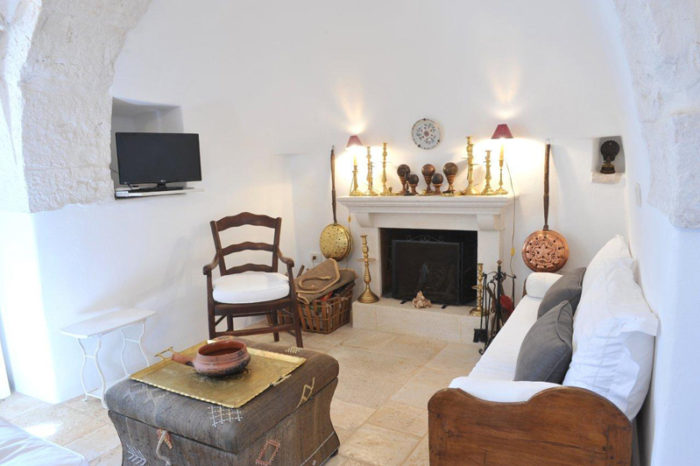 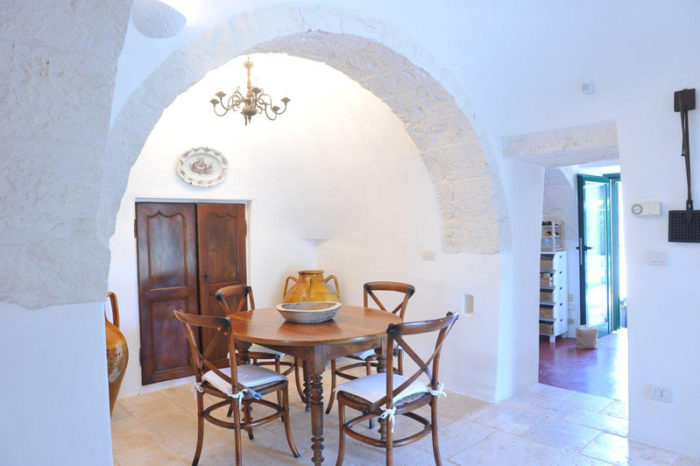 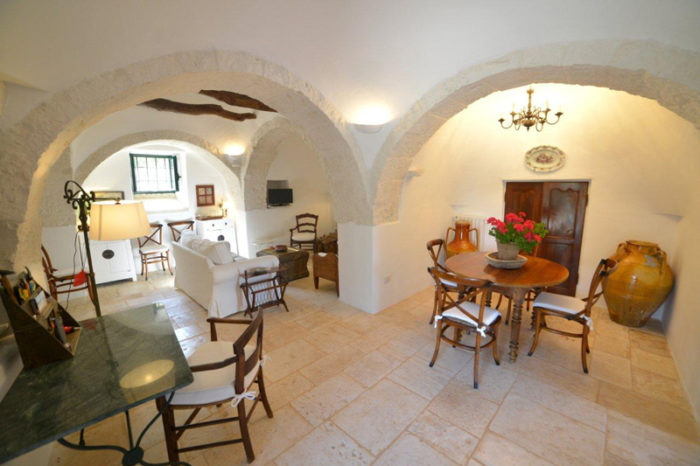 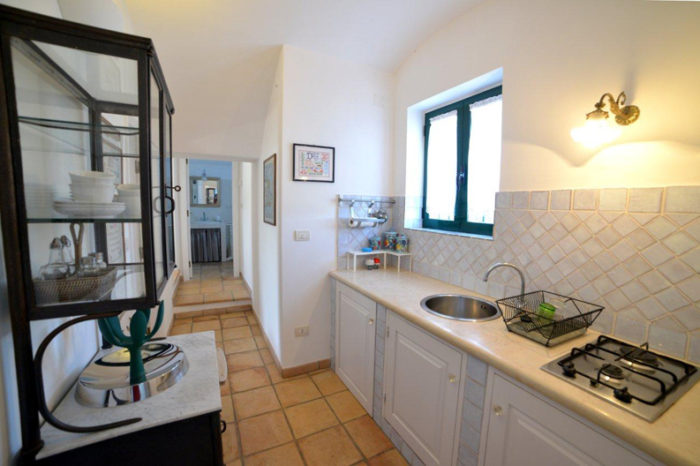 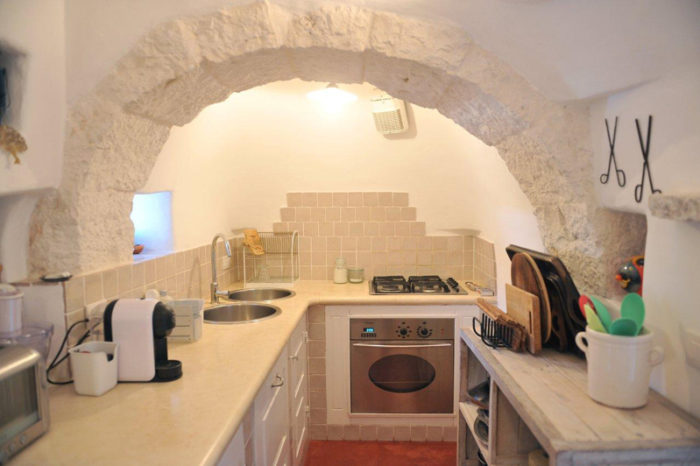 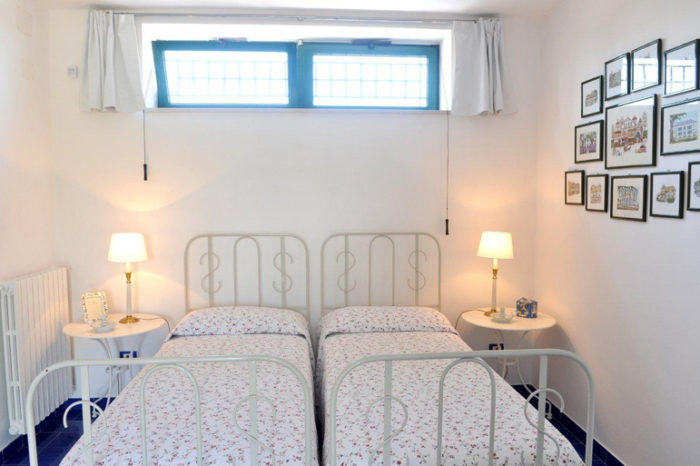 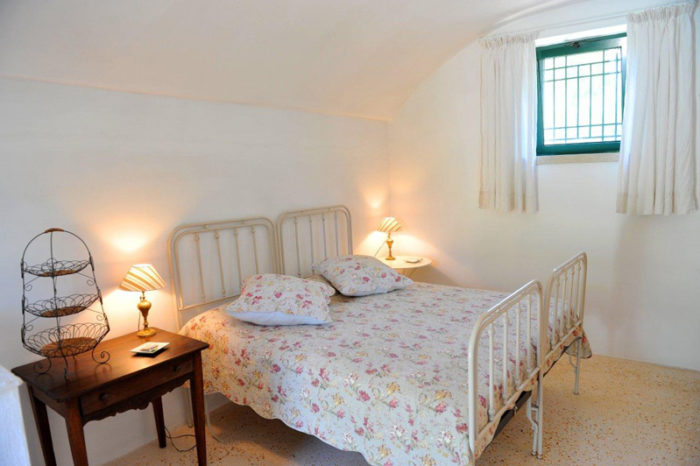 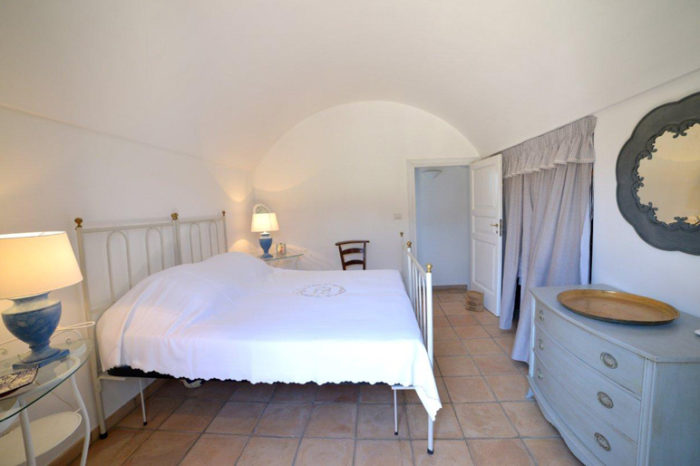 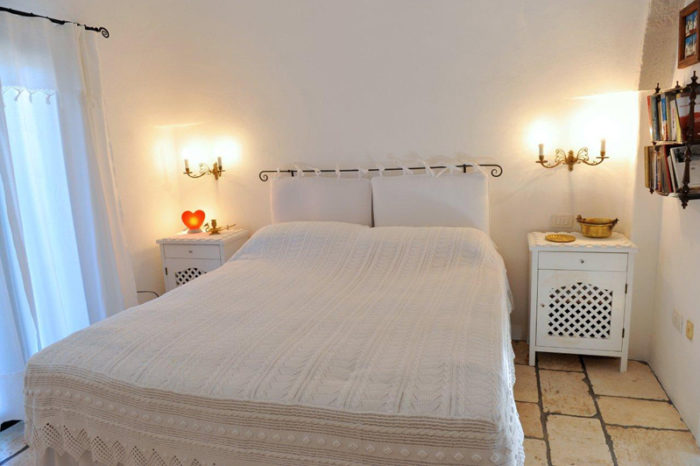 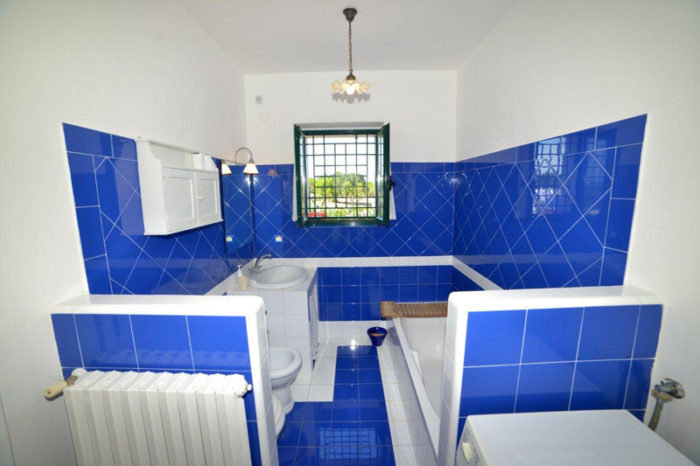 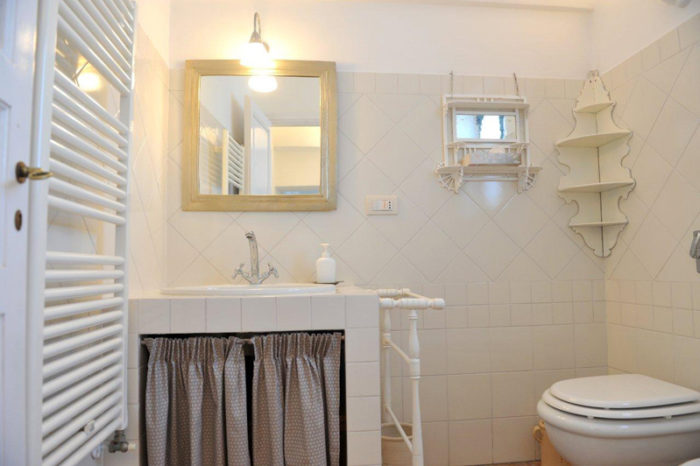 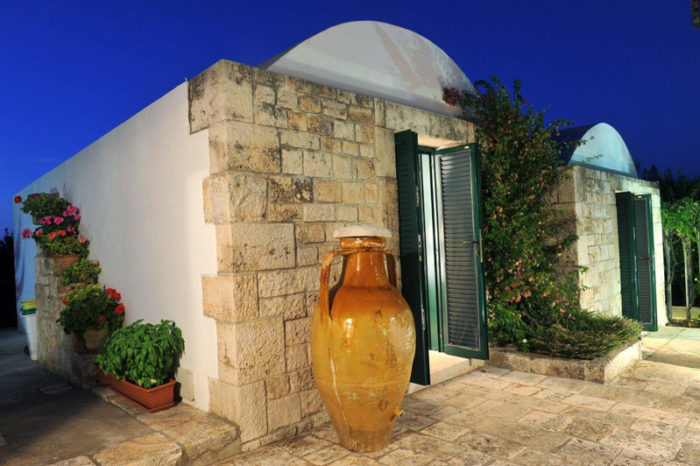 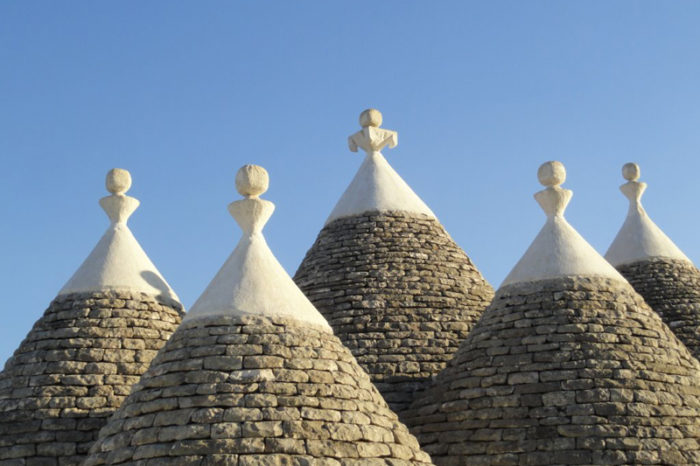 The «trulli» are easily the most unusual rental in all of Italy. Farmers built their houses in this unique fashion 2-3 centuries ago. It became the style of the time in the Itria Valley of Puglia and maybe 1000 or so were built. The owner, a lovely French woman, has restored her trullo with excellent taste and furnished it with comfort, antiques and just the right stuff including a very nicely outfitted kitchen. There is an alimentary 800 meters down the road and the charming white washed baroque village of Cisternino is 6 km away, where every weekend night the piazza has live jazz. The Itria valley where this unique house sits is a surprisingly fertile area. The olive trees and vineyards yield an abundance of fruit, and the sun and rich red earth yield much fresh produce. This region had a unique and powerful position of Italy during the 13th century when the great Federico II, King of Sicily (which included this region at the time) and Emperor of Germany turned Puglia into a grain powerhouse. Soon after fortified hill towns began appearing and later Baroque castles were raised. The beaches (both rock and sand) of the Adriatic are not far from here. All these places make this an interesting region to visit. Perhaps best yet, because tourism is not developed here. There are a few interesting things we would like to point out before we talk about the insides and touring. First, it is made from the local stone. The walls are more than a meter thick to protect against the elements and there are no doors inside, only columns of stone and curtains separating the rooms (with the exception to the bathrooms where there are doors for privacy). Every year the people from this regions white wash their houses up to the roof creating the look here, a white stucco with grey stone roof. The Trullo was the 17th - 19th century farmer's home. The houses with their tall conic tops and white round bases look like tiny feudal towers. The effect is countryside of small white castles poking out from a thick of olive trees. Trulli served as the residence and barn during the winter, and as a residence and granary during the summer. At that time it was common for the farming family to live with the animals under the same roof. On the roof top where each of the cone shaped roofs are capped with hand carved ornaments, there is always at least one stone «vada». A stone «cow» fertility symbol where the udders are foursquare stones coming down. All the ornaments are shaped by hand from the fieldstone here.

Rates for next year are based on the former ones, subject to adjustment. Please contact us to get price confirmation.
Start of rental : Saturday.

Housekeeper : 3 hours on Tuesday. For stays of more than one week, an additional 3 hours of housekeeping and change of linen and towels on Saturday.
Sheets and bath towels
Water : cold (hot water upon gas consumption)
Garden Upkeep : 2 hours 3 times a week except Sunday and holidays.
Pool maintenance
Internet : wifi

To be paid extra

A house chosen and carefully inspected, your ideal vacation created entirely to measure, an excellent service guaranteed by our team. 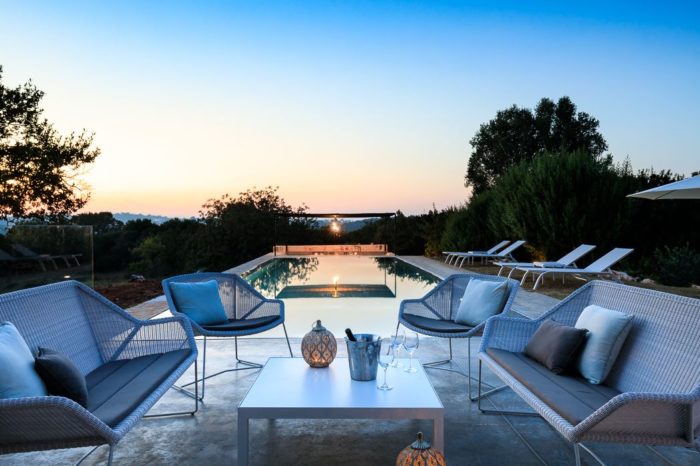 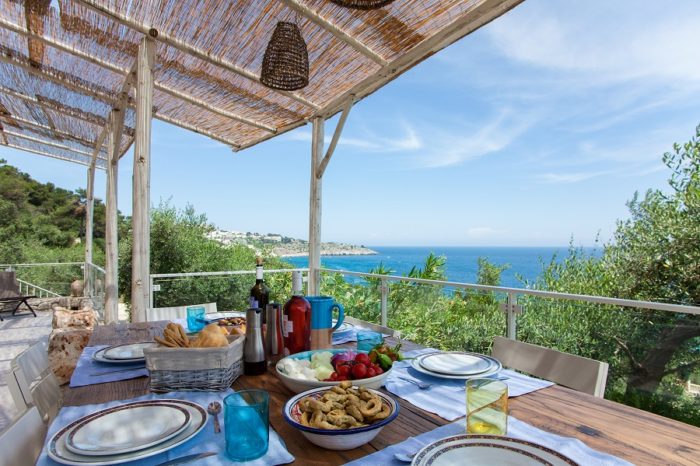 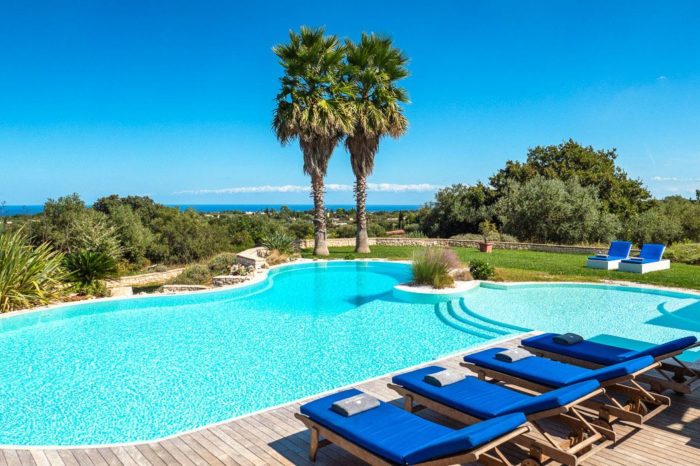